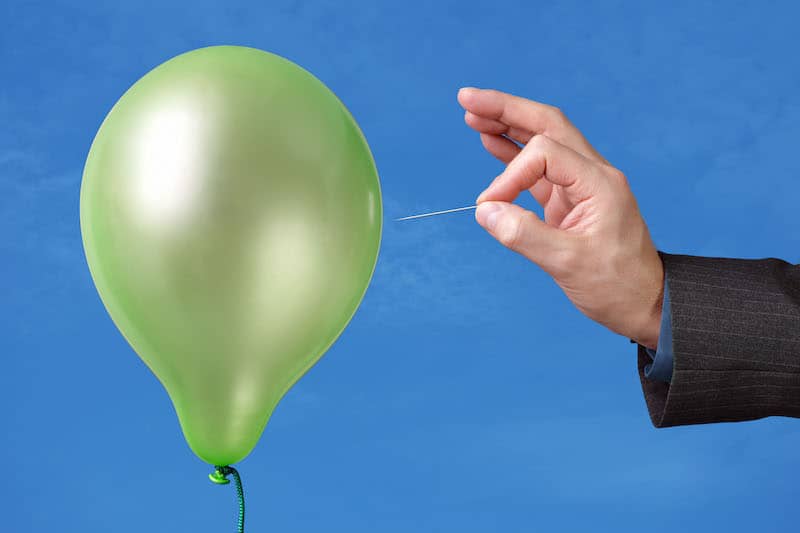 By the second half of 2022, tech companies had initiated significant layoffs — something that had followed an extended period of frenzied tech hiring and attention to employee experience. Standard explanations for the cuts were that companies hired too many during the pandemic and they were looking at the specter of a recession in the months ahead. It sounds a lot like the dot-com boom and bust of yore. Not all companies are impacted equally. It’s the ones that hired at an accelerated rate during the boom that seem to be hitting the brakes right now.

At the same time, IT pros with cybersecurity, cloud, and data analytics/machine learning skills have remained in high demand so far.

In this space, InformationWeek will document some of the more significant layoffs, updated regularly. Be sure to check back.

Here’s a look at the big tech layoffs so far:

A public post shared CEO Satya Nadella’s note to Microsoft employees, which said that the company will reduce its overall workforce by 10,000 through the end of the fiscal year 2023 third quarter. Nadella said that while Microsoft will eliminate jobs in some areas, the company will continue to hire in key strategic areas. Nadella said the changes were driven as customers are shifting spending. During the pandemic they accelerated digital spending. Now, “we’re seeing them optimize their digital spend to do more with less.” Nadella also mentioned the potential for recession.

Cloud Software Group was the company formed when private equity owners merged Citrix and Tibco, two enterprise giants. In a public post, CEO Tom Krause said the company had undergone a rigorous review and planning process that identified redundancies in the workforce.

Coinbase CEO Brian Armstrong announced the layoffs in a letter to employees on Jan. 10, 2023, saying the layoff of 950 people was part of an initiative to reduce the company’s operating expenses by 25% quarter to quarter. The company had already cut 18% of jobs in June 2022. Armstrong said the changes to improve operational efficiency will help it weather downturns in the crypto market and capture opportunities that may emerge.

The company made the news public in an 8-K filing with the SEC. Informatica said that this plan is intended to better align the company’s global workforce and cost base with its cloud-focused strategic priorities. In addition, the company’s CFO Eric Brown left and a new CFO, Michael McLaughlin, was appointed.

Salesforce CEO Marc Benioff said in a letter to employees on January 4 that the current environment is challenging and customers are “taking a more measured approach to their purchasing decisions.” Benioff said that as revenue accelerated during the pandemic, Salesforce hired too many people and now the company is facing an economic downturn. Therefore the company will reduce its workforce by 10%.

Amazon CEO Andy Jassy first shared plans about coming layoffs in the company’s blog in November 2022 targeting the organization’s devices and books divisions, and then updated that on Jan. 4, 2023. In the January blog post he said that Amazon would eliminate just over 18,000 roles, the highest number in the company’s history, with the majority of those cut being in Amazon Stores and PXT Solutions (People, Experience, and Technology, essentially HR). Ironically, the PTX team had posted a recruitment video for the team just nine months ago. The layoffs are scheduled to happen the week of January 18, but Jassy announced them early due to leaks. Amazon had 1.61 million employees in 2021.

Vimeo CEO Anjali Sud announced the move in a note to employees. This 11% reduction follows an earlier 16% reduction in July 2022. Most of those impacted are in sales and R&D because those departments make up most of the workforce. Sud cited a deterioration in economic conditions, geopolitical conflict, rising interest rates, and global recession fears. She said the executive team would focus on two business priorities going forward — reaccelerating self-serve and doubling down on Vimeo Enterprise.

In his memo to employees, CEO Tony Xu said that the company sped up hiring during the pandemic to meet the opportunity as so many homebound people started ordering to have their restaurant meals delivered. But growth has tapered, he said, compared to the pandemic growth rates, and the company needed to get its operating expenses in line with its revenue.

Facebook parent Meta announced it would lay off 13% of its workforce, or 11,000 employees. In addition, the company said it would cut discretionary spending and extend its hiring freeze through Q1 2023. CEO Mark Zuckerberg said in a letter to employees that the pandemic drove people online and e-commerce surged — a trend that he thought would continue, so he invested more. However, e-commerce returned to prior levels. He also cited a macroeconomic downturn, increased competition, and ads signal loss as contributing to much lower revenue.

Elon Musk completed his $44 billion purchase of Twitter on October 27 and immediately fired top executives. Days later mass layoffs began and have continued ever since.

UiPath, November 2022. Layoff of 6% of the workforce, or approximately 241 employees.

The company mentioned this workforce reduction in an SEC filing under the heading “Costs Associated with Exit or Disposal Activities.” The filing stated that the cuts support the company’s positioning to increase execution velocity, operational efficiency, and customer centricity.

Fueled by the at-home fitness boom, iFit hired during the pandemic and reached a high of more than 2,500 employees. The company makes exercise equipment and exercise content for the home market. But demand fell off after the peak of the pandemic. These new cuts take those employee numbers down to a sobering 1,300.

These most recent cuts in October came after several other rounds of layoffs (including one in February 2022 of 20% or 2,800 employees) at the online fitness equipment and content company. The company saw huge growth during the pandemic as more people wanted to work out at home. But demand has dropped as some aspects of life, such as gym attendance, have gotten close to pre-pandemic norms again.

CEO Debanjan Saha said in a blog post announcing the company restructuring that “the market now looks different than it did in 2021 as global IPO activity hit an all-time high, when DataRobot pursued an aggressive growth strategy and expanded business operations in preparation for the public markets.” The news also followed the departure of four senior executives, including the former CEO, following controversial insider share sales. The August announcement was the second layoff of 2022. In May the company laid off nearly 7% of its workforce.

The 5 Hottest US Job Markets for IT Professionals

Ending our online shopping addictions, and CRISPR for high cholesterol

How to install Python the smart way

How to install Python the smart way