The science of strength: How data analytics is transforming college basketball | MIT News 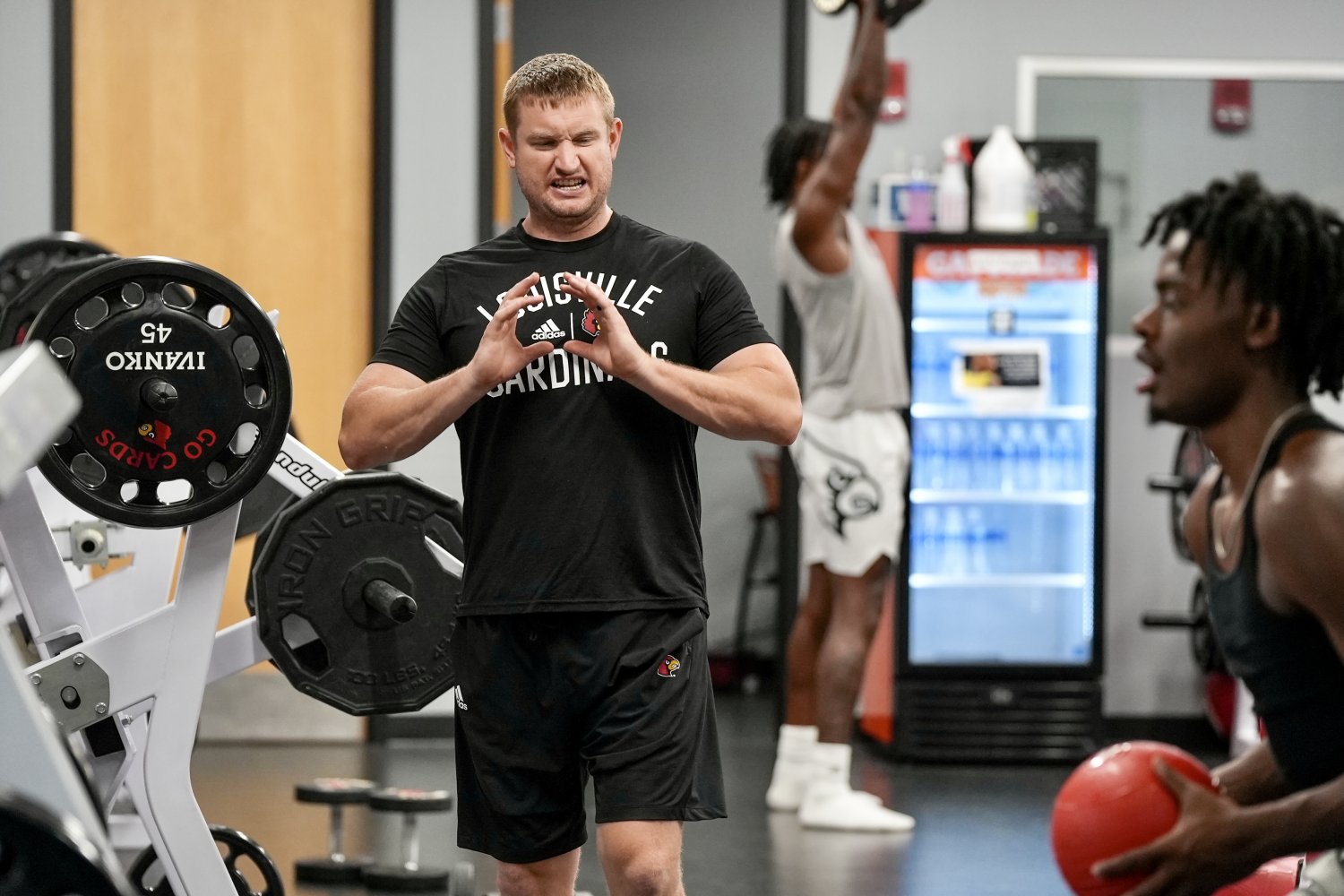 In the 1990s, if you suggested that the corner three-pointer was the best shot in basketball, you might have been laughed out of the gym.

The game was still dominated largely by a fleet of seven-foot centers, most of whom couldn’t shoot from more than a few feet out from the basket. Even the game’s best player, Michael Jordan, was a mid-range specialist who averaged under two three-point attempts per game for his career.

Fast forward to today, and the best players average around a dozen long-ball attempts per game — typically favoring shots from the corner.

“When I first started in the profession, 10 to 12 years ago, data analytics was almost nonexistent in training rooms,” says Adam Petway, the director of strength and conditioning for men’s basketball at the University of Louisville. “Today, we have force platform technology, we have velocity-based training, we have GPS tracking during games and in training, all to get a more objective analysis to help our athletes. So it’s grown exponentially.”

Petway, who previously worked on the coaching staffs of the NBA’s Philadelphia 76ers and Washington Wizards, holds a bachelor’s degree in sports science, an MBA with an emphasis in sport management, and a doctorate in sports science. Recently, he extended his education through MIT Professional Education’s Applied Data Science Program (ADSP).

“The impetus behind enrolling in ADSP was primarily a curiosity to learn and a desire to get better,” Petway says. “In my time in pro and college sports, we’ve had whole departments dedicated to data science, so I know it’s a skill set I’ll need in the future.”

Petway took classes in a live online format. Although he was the only strength and conditioning coach in his cohort — learning alongside lawyers, professors, and business executives — he says that the focus on data gave all of his classmates a common language of sorts.

“In many people’s minds, the worlds of data science and NCAA strength and conditioning training may not cross. We are finding that there are many other professional and industry sectors that can benefit from data science and analytics, which explains why we are seeing an ever-growing range of professionals from around the globe enroll in our Applied Data Science Program,” says Bhaskar Pant, executive director of MIT Professional Education. “It’s exciting to hear how change-makers like Adam are using the knowledge they gained from the program to tackle their most pressing challenges using data science tools.”

“Having access to such high-level practitioners within data science was something that I found very, very helpful,” Petway says. “The chance to interact with my classmates, and the chance to interact in small groups with the professionals and the professors, was unbelievable. When you’re writing code in Python you might mess up a semicolon and a comma, and get 200 characters into the code and realize that it’s not going to work. So the ability to stop and ask questions, and really get into the material with a cohort of peers from different industries, that was really helpful.”

Petway points to his newfound abilities to code in Python, and to run data through artificial intelligence programs that utilize unsupervised learning techniques, as major takeaways from his experience. Sports teams produce a wealth of data, he notes, but coaches need to be able to process that information in ways that lead to actionable insights.

“Now I’m able to create decision trees, do visualization with data, and run a principal component analysis,” Petway says. “So instead of relying on third-party companies to come in and tell me what to do, I can take all of that data and disseminate the results myself, which not only saves me time, but it saves a lot of money.”

In addition to giving him new capabilities in his coaching role, the skills were crucial to the research for a paper that Petway and a team of several other authors published in the International Journal of Strength and Conditioning this year. “The data came from my PhD program around five years ago,” Petway notes. “I had the data already, but I couldn’t properly visualize it and analyze it until I took the MIT Professional Education course.”

“MIT’s motto is ‘mens et manus’ (‘mind and hand’), which translates to experience-based learning. As such, there was great thought put into how the Applied Data Science Program is structured. The expectation is that every participant not only gains foundational skills, but also learns how to apply that knowledge in real-world scenarios. We are thrilled to see learning from our course applied to top-level college basketball,” says Munther Dahleh, director of the Institute for Data, Systems, and Society, the William A. Coolidge Professor of Electrical Engineering and Computer Science at MIT, and one of the instructors of ADSP.

Analytics are pushing the field of strength and conditioning far beyond the days when trainers would simply tell players to do a certain number of reps in the weight room, Petway says. Wearable devices help to track how much ground athletes cover during practice, as well as their average speed. Data from a force platform helps Petway to analyze the force with which basketball players jump (and land), and even to determine how much force an athlete is generating from each leg. Using a tool called a linear position transducer, Petway can measure how fast athletes are moving a prescribed load during weight-lifting exercises.

“Instead of telling someone to do 90 percent of their squat max, we’re telling them to squat 200 kilos, and to move it at a rate above one meter per second,” says Petway. “So it’s more power- and velocity-driven than your traditional weight training.”

The goal is to not only improve athlete’s performance, Petway says, but also to create training programs that minimize the chance of injury. Sometimes, that means deviating from well-worn sports cliches about “giving 110 percent” or “leaving it all on the court.”

“There’s a misconception that doing more is always better,” Petway says. “One of my mentors would always say, ‘Sometimes you have to have the courage to do less.’ The most important thing for our athletes is being available for competition. We can use data analytics now to forecast the early onset of fatigue. If we see that their power output in the weight room is decreasing, we may need to intervene with rest before things get worse. It’s about using information to make more objective decisions.”

The ability to create visuals from data, Petway says, has greatly enhanced his ability to communicate with athletes and other coaches about what he’s seeing in the numbers. “It’s a really powerful tool, being able to take a bunch of data points and show that things are trending up or down, along with the intervention we’re going to need to make based on what the data suggests,” he says.

Ultimately, Petway notes, coaches are primarily interested in just one data point: wins and losses. But as more sports professionals see that data science can lead to more wins, he says, analytics will continue to gain a foothold in the industry. “If you can show that preparing a certain way leads to a higher likelihood that the team will win, that really speaks coaches’ language,” he says. “They just want to see results. And if data science can help deliver those results, they’re going to be bought in.”

Anker Made a Clip-on Wireless Microphone