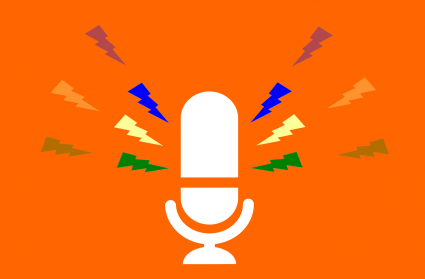 Claire chatted to Gopal Ramchurn from the University of Southampton about artificial intelligence, autonomous systems and renewable energy.

Sarvapali (Gopal) Ramchurn is a Professor of Artificial Intelligence, Turing Fellow, and Fellow of the Institution of Engineering and Technology. He is the Director of the UKRI Trustworthy Autonomous Systems hub and Co-Director of the Shell-Southampton Centre for Maritime Futures. He is also a Co-CEO of Empati Ltd, an AI startup working on decentralised green hydrogen technologies. His research is about the design of Responsible Artificial Intelligence for socio-technical applications including energy systems and disaster management.

Ferdinando Rodriguez y Baena is Professor of Medical Robotics in the Department of Mechanical Engineering at Imperial College, where he leads the Mechatronics in Medicine Laboratory and the Applied Mechanics Division. He has been the Engineering Co-Director of the Hamlyn Centre, which is part of the Institute of Global Health Innovation, since July 2020. He is a founding member and great advocate of the Imperial College Robotics Forum, now the first point of contact for roboticists at Imperial College.

Séverin Lemaignan is Senior Scientist at Barcelona-based PAL Robotics. He leads the Social Intelligence team, in charge of designing and developing the socio-cognitive capabilities of robots like PAL TIAGo and PAL ARI. He obtained his PhD in Cognitive Robotics in 2012 from the CNRS/LAAS and the Technical University of Munich, and worked at Bristol Robotics Lab as Associate Professor in Social Robotics, before moving to industry. His research primarily concerns socio-cognitive human-robot interaction, child-robot interaction and human-in-the-loop machine learning for social robots.

Claire chatted to Simon Wanstall from the Edinburgh Centre for Robotics all about soft robotics, robotic prostheses, and taking inspiration from nature.

Simon Wanstall is a PhD student at the Edinburgh Centre for Robotics, working on advancements in soft robotic prosthetics. His research interests include soft robotics, bioinspired design and healthcare devices. Simon’s current project is to develop soft sensors so that robotic prostheses can feel the world around them. In order to develop his skills in this area, Simon is also undertaking an industrial placement with Touchlab, a robotics company specialising in sensors.

Claire chatted to Amanda Prorok from the University of Cambridge all about self-driving cars, industrial robots, and multi-robot systems.

Amanda Prorok is Professor of Collective Intelligence and Robotics in the Department of Computer Science and Technology at Cambridge University, and a Fellow of Pembroke College. She is interested in finding practical methods for hard coordination problems that arise in multi-robot and multi-agent systems.

Claire chatted to Sina Sareh from the Royal College of Art all about industrial inspection, soft robotics, and robotic grippers.

Sina Sareh is the Academic Leader in Robotics at Royal College of Art. He is currently a Reader (Associate Professor) in Robotics and Design Intelligence at RCA, and a Fellow of EPSRC, whose research develops technological solutions to problems of human safety, access and performance involved in a range of industrial operations. Dr Sareh holds a PhD from the University of Bristol, 2012, and served as an impact assessor of Sub-panel 12: Engineering in the assessment phase of the Research Excellence Framework (REF) 2021.

Claire chatted to Ana Cavalcanti from the University of York all about software development, testing and verification, and autonomous mobile robots.

Ana Cavalcanti is a Royal Academy of Engineering Chair in Emerging Technologies. She is the leader of the RoboStar centre of excellence on Software Engineering for Robotics. The RoboStar approach to model-based Software Engineering complements current practice of design and verification of robotic systems, covering simulation, testing, and proof. It is practical, supported by tools, and yet mathematically rigorous.

What is your favourite fictional robot?

What is your advice for a robotics career?

What is your favourite machine or tool?

Could you be friends with a robot?

A day in the life

EPSRC UK-RAS Robot Talk Podcast
Each episode, Dr Claire Asher chats with robotics scientists from across the UK to find out how their cutting-edge research is influencing the future.

EPSRC UK-RAS Robot Talk Podcast
Each episode, Dr Claire Asher chats with robotics scientists from across the UK to find out how their cutting-edge research is influencing the future.