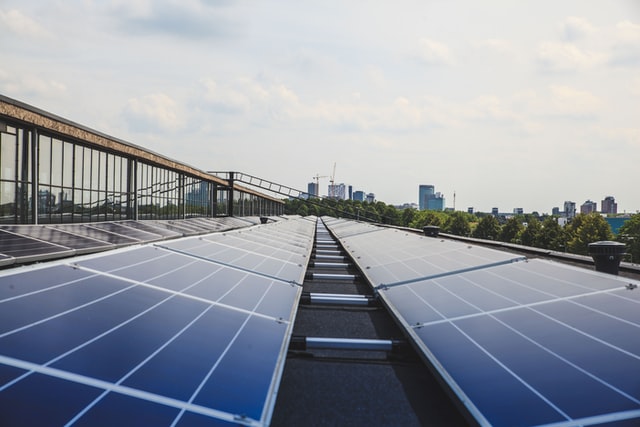 Germany can shift its entire electricity system onto solar, wind and batteries by 2030 for less than 1% of its GDP. And the country’s entire energy system can go 100% clean energy by 2035 for less than what it spends on fossil fuels. In 10-15 years, Germany can change everything, permanently ending the era of dependence on expensive, volatile fossil fuel extraction, and leading the way for Europe to do the same.

At RethinkX, with the Russian invasion of Ukraine prompting European governments in particular to radically rethink their reliance on Russian oil and gas imports, we’ve been working on identifying a clear roadmap to what German Finance Minister Christian Lindner has called “the energy of freedom”: a clean energy system based on solar, wind and batteries (SWB).

Our new policy primer, Germany’s Path to ‘Freedom Energy’ by 2030, sets out the cheapest, fastest and most effective pathways by which Europe’s largest economy can achieve true energy self-sufficiency, security and resilience: by accelerating key technology disruptions in the energy and transportation sectors.

The primer which I co-authored with Tony Seba, James Arbib and Adam Dorr, found that the optimal deployment of solar, wind and battery technologies can allow Germany to become completely energy independent and self-sufficient for less than what it currently spends on fossil fuels, paving the way to save trillions of dollars in coming decades.

The most important takeaway from our analysis is that this clean energy transformation is not a one-for-one substitution that simply replaces the old system. Rather, it represents what we’ve called a complete phase transformation of the energy system, which will have tremendous cascading effects across the whole of German society and the economy.

The new clean energy system will have entirely new dynamics and properties, and won’t operate like the old incumbent extraction-based system. Not only will energy be an order of magnitude cheaper than today at zero marginal costs for much of the year; this in turn will create a new possibility space for business model innovation and value creation catalyzing clean prosperity within planetary boundaries.

In other words, what currently appears to be an unprecedented crisis sparked by Europe’s dependence on volatile Russian oil and gas imports, is in reality an unprecedented opportunity to lay the foundations for a bold epoch of energy security, economic prosperity and environmental restoration unlike anything seen before – and it’s achievable within a decade.

There are thousands of different ways a society can deploy clean energy, due to the various different possible combinations of solar, wind, batteries and so on, with some combinations involving more expense, and less efficiency, than others. The analytical tool we use to explore which of these combinations is most optimal for any region is the Clean Energy U-Curve.

That in turn creates two effects.

Firstly, the system generates huge surpluses of electricity at zero marginal costs for most times of the year, which instead of being curtailed can be harnessed for vast new applications which will transform and enlarge electricity grids (what we call ‘super power’).

Secondly, as overbuilding means we need far less battery storage, the costs to build out this SWB combination are far lower than conventionally recognized. In short, we get far more energy out, for far cheaper.

Applying the tool to Germany, whose current electricity demand fluctuates around 500 terawatt-hours (TWh), the RethinkX team found that Germany could meet all of this demand with solar, wind and batteries (SWB) within the next 10 years at a total cost of just $36.7 billion a year. That’s less than 1% of Germany’s GDP (and less than its current annual fossil fuel subsidies).

And that’s just the beginning. In this, our most modest scenario, Germany’s new clean electricity system based on SWB would generate a super power surplus of 130 TWh each year. But if Germany mobilized investments of just 20% higher than the most modest scenario, the amount of super power generated in addition to existing demand would be 615 TWh. The overall electricity system would generate, in other words, a total of 1,115 TWh, more than double existing electricity demand.

This clean energy superabundance would save huge costs for German industry and manufacturing, and open up new opportunities for electrification of diverse services like water desalination and treatment, waste processing and recycling, metal smelting and refining, chemical processing and manufacturing, cryptocurrency mining, distributed computing and communications, and carbon removal – and beyond.

But this, too, is just the beginning. Our research found that Germany has the opportunity to rapidly transform not just its electricity system, but its entire energy system by 2035. And once again, it can do it for cheaper than what Germany currently spends on fossil fuel imports and subsidies. This is the path we see as the boldest, but also the safest, if Germany is serious about achieving true energy independence.

By spending just $113 billion every year over the next 15 years, Germany can build out enough SWB to completely eliminate all fossil fuel use for electricity generation, residential and commercial heating, and road transportation. As stated, that spend is less than what Germany currently spends on fossil fuel imports and subsidies.

This scenario is pragmatic. It requires that while Germany is still building out the new system, it doesn’t get rid of its nuclear, hydropower and gas peaking generator capacity.

By keeping those going for baseload, while simultaneously ramping up key efficiency measures like heat-pumps, insulation and smart metering, by 2035 Germany will displace existing electricity demand of 500 TWh and generate a further 510 TWh of additional electricity for heat and transport, which will generate a massive further super power surplus of 1,636 TWh.

This means that, overall, Germany will generate a total of around 2,646 TWh (that’s about 80% of its total energy consumption in 2020) entirely from clean energy at zero marginal costs for most of the year, with whatever remains accounted for by existing baseload capacity and efficiency improvements in heating.

Cascading effects of the new system

Germany will enter a new era where clean, cheap energy superabundance not only dramatically reduces costs of living and industry across society, but opens up unprecedented opportunities in a similar way that zero-cost information did with the Internet.

And this scenario, too, is just the beginning. It means that Germany will not have to wait for ‘miracle’ or ‘breakthrough’ energy technologies – it can accelerate to a future of true independence and self-sufficiency by deploying existing technologies that are already scaling.

Germany will also not have to build out any new fossil fuel, nuclear, hydrogen, hydropower or geothermal power at all. And after 2035, all of Germany’s spending on fossil fuel imports will reduce to near-zero, because it will never need to import coal, oil and gas again.

The implications of this level of super power are astonishing. It will allow Germany to completely electrify all areas of society, including for heating, wastewater treatment, mining and other industrial functions. Superabundant cheap, clean energy will, in turn, underpin a new age of clean prosperity, by driving the creation of vast new innovations, business models and value chains, and creating massive job opportunities.

Once the new clean energy system is built – thanks to the increasing life-times of SWB systems (which last as long as, if not longer than, 50 years) it will operate as a standing energy stock that is no longer reliant on securing continuous far-flung material resource flows. Such a 100% SWB system therefore represents the cheapest, most prosperous and also the most resilient configuration available.

An opportunity for Europe

Our new paper, though focused on Germany, of course has huge implications for the whole of Europe. Because if the data shows decisively how Europe’s largest economy can transform from abject fossil fuel dependence to clean energy superabundance, this means that the rest of Europe can do it too.

And perhaps the key thing to remember is that as the key technologies already exist, and are already scaling, the energy transformation is going to happen within the next two decades due to economic factors – but our choices will determine whether we become leaders or losers in the emerging future energy system.

Our roadmap to achieve ‘freedom energy’ looks simple – but it won’t be easy. Achieving the goal of total energy independence by 2030-35 will be a major effort, akin to a moonshot or war-time mobilisation. It will need clear goals, metrics and resource allocation. Citizens will need to understand what is at stake, but also what is truly possible – and why the transformation is worth all the effort. This commitment will need to translate into a range of strategies.

Germany will still need limited and temporary ‘stop gap’ measures, of course, to ensure national energy security while ending dependence on imports of Russian oil and gas. But Germany also needs to end all non-emergency subsidies to incumbent energy industries, and to create open and competitive electricity markets – because these key technologies are already competitive in such market conditions. This means we don’t need an additional carbon tax.

By removing incumbent market barriers, inefficiencies, and interventions, Germany can level the playing field for the acceleration of the energy and transport disruptions. While open and competitive markets can then do the bulk of the work, the state can concentrate interventions on electrifying residential heating and cooking, and creating new regulatory standards to facilitate this.

The German government further needs to guarantee energy rights for individuals, communities and companies so they can generate, store and trade electricity. That means ending incumbent centralized utility monopolies, and not penalizing new decentralized SWB generation with taxes. That will further incentivize and accelerate the disruption of fossil fuels.

Finally, the German government should recognize that this disruption is ultimately inevitable due to economic factors visible in the exponential cost and capability improvements in these technologies. As conventional energy assets are already vastly overvalued, they are stranded – effectively bankrupt – and will never deliver hoped for returns on investment. The imperative, then, is to protect the German people from these doomed industries: not to try protecting the industries themselves, which are beyond salvage. With the clean energy transformation on track to generate more jobs than incumbent industries, there will be vast new opportunities to help people transition from these industries into the new booming electrification industries.

While there’s no ‘one size fits all’ approach to the clean energy transformation – every country and region will require different optimization strategies involving different combinations, costs and benefits – the policy roadmap we’ve identified for Germany offers a powerful template for other European countries who wish to achieve energy self-sufficiency in the wake of the Russia-Ukraine crisis.

The upshot is that we have everything we need to get going. And if we do, the results will be a win-win-win for energy, the economy and the environment.

The best new features in Next.js 13