Most Americans Are Too Fat to Donate their Bodies to Science 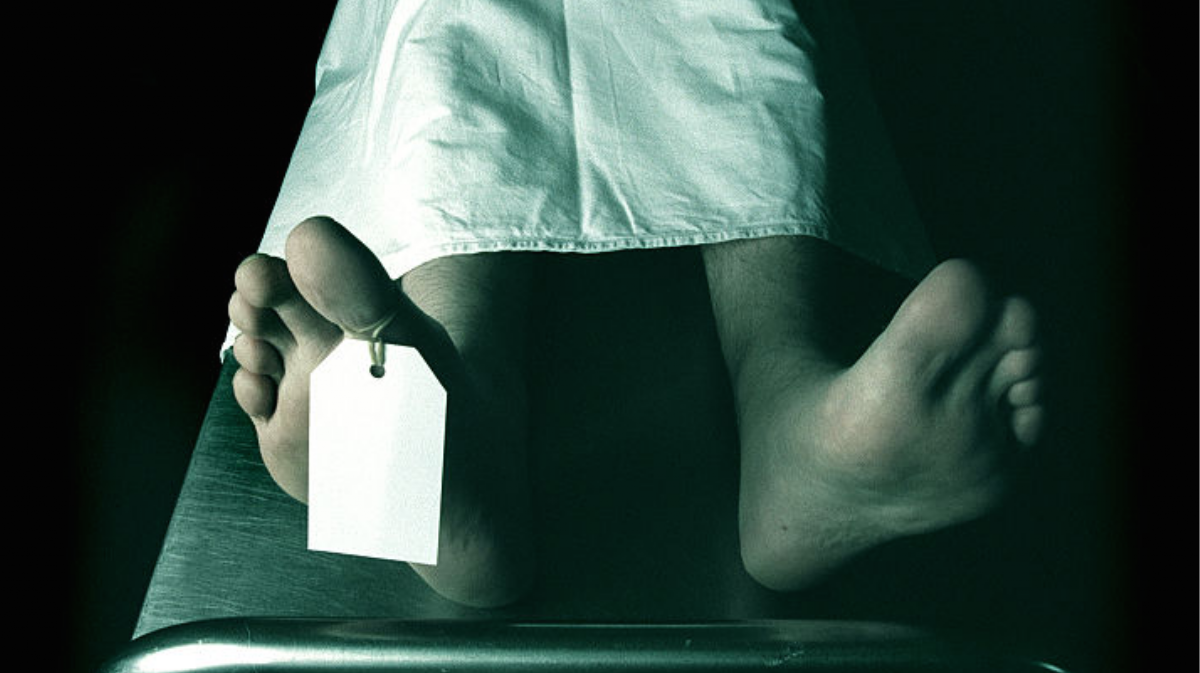 Scott McPherson’s mom had been dead for less than 24 hours when the phone rang with more bad news. Delores McPherson’s body was on its way to the University of New England’s whole body donation program, but it had been turned back because of her BMI.

“Here I am, just hours after my mom passes, and I’m going against her wishes because the school shut the door on her,” Scott recalls. The medical school no longer wanted her, despite a contract signed 12 years before her death. They told Scott his 84-year-old mom had been disqualified for becoming “obese.”

Obesity is one of just many reasons whole-body donations are denied by schools like the University of New England, but in a nation where two thirds of the population is now considered overweight or obese, it’s a growing concern, not least for would-be donors facing what amounts to the ultimate fat shaming. “A lot of people who are morbidly obese, they’ve been so stigmatized during their lives,” says Ronald Wade, director of the Maryland State Anatomy Board’s department of health & mental hygiene. “Then the last thing they’re told is ‘no one even wants your body.'”

Commonly referred to as “donating your body to science,” whole-body donations are used for both medical education and research at universities across the country. Medical students are required to take an anatomy course early on in their studies, dissecting cadavers to learn the ins and outs of the body, while those with surgical ambitions often end up working with cadavers later in their studies to practice surgical techniques. Medical researchers use dead bodies too, studying the effects of various diseases on organs to advance medicine.

Paying for a deceased person’s remains is illegal in America, which leaves those who need the bodies reliant on the good will of donors who want to help science after they’re gone. Typically, that means bodies donated directly to medical schools or via non-profit donor programs. “You literally help tens of thousands, hundreds of thousands with donation,” says Ernest Talarico, associate director for education at the Indiana University School of Medicine (IUSM). “It’s not only those who learn from you; it’s also the research and those who learn from the research.”

To donate, however, requires meeting a number of criteria. Not regulated by the federal or state governments in most areas, the guidelines for disqualifying a body vary from program to program. Institutional programs typically exclude donors who have suffered some sort of trauma such as a car accident or limb amputation, and those who died of an infectious disease. Many use BMI as a guideline for a donor’s size, disqualifying anyone with a body mass index of 35 or higher (the NIH determines a BMI of 30 or higher to be obese, 40 or higher to be a sign of extreme obesity), while others spell out specific heights and weights.

The direct donor program at IUSM tells donors they cannot exceed 6′ tall and 200 lbs, although the “maximum acceptable weight” of a donor may be lower, based on the person’s height, and Talarico says there is some “wiggle room” on a donor’s size. The weight criteria at IUSM is on the higher end for institutions, Talarico adds; some schools limit donation to people 180 pounds or smaller. And yet: The CDC released data in summer 2016 that shows the weight of the average American man is … 195.7 pounds. As in, the average American man is not currently able to donate his body to science simply because of his weight.

The reasons are largely practical ones. Most medical school tables are not large enough to accommodate a human being larger than 200 lbs or longer than 6′ tall. Donated bodies also have to be moved by students and/or researchers, and heavier bodies are harder to move, posing injury risk.
Dissection is also made more difficult when a cadaver carries more fat—the dissector has to cut through the layers of fatty tissue to reach the body’s organs. Steven Heymsfield, a professor in the metabolism and body composition department at Louisiana State University, doesn’t mince words when describing the process: “When you’re doing medical dissection, and you’re up to your elbows in fat, It’s greasy and unpleasant.”

But Scott McPherson knows first hand there’s something unpleasant about denying a person’s dying wishes, too. “My mom just wanted to donate her body for something she believed in,” he says. Instead, the McPhersons founds themselves trying to figure out an after-death plan for their mother that went against everything she’d asked them to do.

There are no statistics that cover bodies donated or bodies offered to programs, no official way to tell how many Americans who fall into the overweight or obese categories have been turned away like McPherson. But if a survey by Johns Hopkins researchers is any indication, a fair amount of Americans would consider a body donation as a dying legacy. When researchers cold-called a random sampling of Maryland residents, some 49 percent of respondents said they’d be willing to donate their body to science. Donations in Maryland operate differently from in most states; bodies are collected not by institutional donor programs but by the state’s health department.

And no one is denied in Maryland, not even the obese. Program director Wade makes every attempt to fulfill a dying wish for donation. If it doesn’t work out, he lets families know their loved one’s body was not able to be used for medical purposes, but the state will still cover the costs of body disposition, including cremation and return of the cremains of the family.

Wade says there is a bona fide need for the bodies that are turned away in most places, however. His office places some larger bodies with medical researchers on occasion, but they’re particularly useful in clinical training because they’re more reflective than small donors of the patient population everyone, from EMTs to trauma doctors to morticians, will encounter in the field.

“In the ER, patients come in with different shapes and sizes,” he explains. “Big people have cardiac arrests. They have falls. If you’re practicing intubation, you don’t want a little old emaciated person.”
The latter is the typical donor accepted by donor programs—someone whose body has not suffered trauma that would exclude them and has either carried a smaller frame through life or seen BMI drop due to loss of muscle mass and fat from age and disease. Those people need treatment in emergency and operating rooms too, but the CDC obesity statistics indicate there are fewer of them than their larger peers.

So why aren’t the cadavers in medical schools reflective of that patient population as well? Anatomy classes are designed to teach future doctors what a body “should” look like, a marker of health. MRI imaging and other technologies have also made way for prototypes and even virtual reality to take the place of cadavers.

But with the change in America’s bodies, so too could there be a change in America’s whole body programs … maybe. Some schools, like IUSM, have already moved toward bigger tables to accommodate bigger bodies, while some doctors like Heymsfield see a benefit to exposing future doctors to more obese bodies during their education—even in early anatomy classes, even with practical matters like table size and storage to consider.

“I don’t think you need a room full of obese cadavers, but I still think there’s a usefulness for students,” Heymsfield notes, “I think to give them a sense of what the effects of obesity can be on a person’s body. “There’s nothing like the real thing.”

Honest, Personal and Unexpected: Sustaining a Culture of Recognition

Honest, Personal and Unexpected: Sustaining a Culture of Recognition