Are Jobs Getting in the Way of Work? 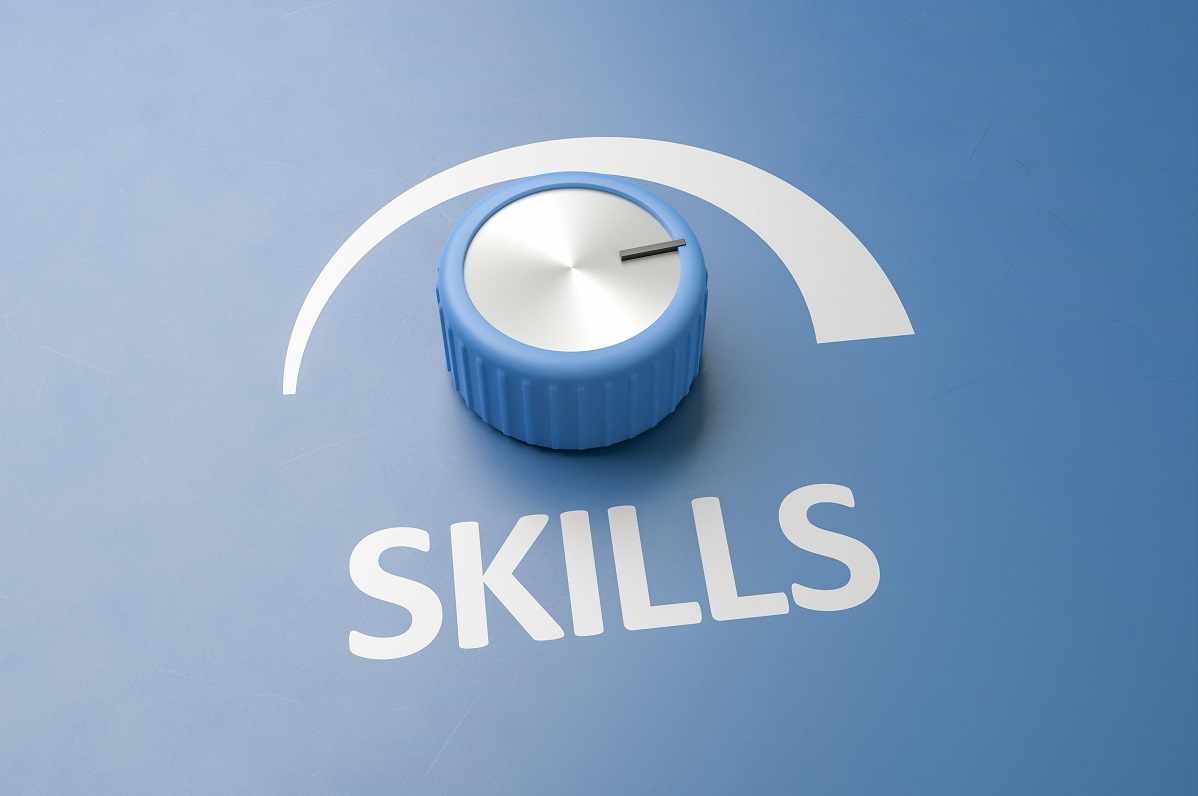 Traditional work models based on hierarchy and good old-fashioned job roles are giving way to skills-based workforce models. In this newer work model, employees are hired and/or assigned to work projects based on the entirety of what they can do rather than limiting them to what they have done in the past. But what does that mean, exactly?

“Skills-based hiring is the practice of screening and hiring workers based on the skills and capabilities they can bring to the table — rather than their degree or prior job experience,” explains Michael Griffiths, a senior partner in Deloitte’s Workforce Transformation practice.

In this context, Deloitte defines “skills” as encompassing a candidate’s or employee’s measurable abilities in three areas of expertise:

Most industry analysts similarly define the skills assessed in skill-based hiring. But don’t go thinking that an employee can just claim skills, or an employer can guess at them.

“By using AI to understand the skills and capabilities workers have that are correlated to their success –using “affirmative” filters that “screen in” based on skills and demonstrated capabilities, even if these workers have never had a similar job before — organizations can open the doors of opportunity and movement to millions who have previously been shut out,” says Griffiths.

A McKinsey report points to new AI-based talent management systems that “can infer adjacent skills to eliminate guesswork.” It cites Career Exchange, a talent intelligence platform the firm as well as numerous big employers support, as an example.

Hiring and promotion biases are more likely to be avoided or at least diminished in the skills-based model. Meanwhile, diversity and inclusiveness tend to climb.

“When workers are selected based more on their verified, fact-based skills than on pedigree or subjective judgements of others, then the chances of bias creeping in to hiring decisions is reduced,” says Griffiths.

The skills-based workforce movement is generally more hardcore than that and ultimately focused on leveraging every ounce of everyone’s abilities. Tests, performance verifications, AI analysis, and other assessments are the norm. At least, so far.

Why Hire and Assign Based on Skills vs. Experience or Education?

Given the massive talent shortages and low unemployment rates in the US and elsewhere, there’s plenty of motivation for employers to smash the old workforce molds and grab onto something new.

Take cybersecurity, for example. For months or even years now, companies have, out of desperation, hired all the warm bodies they can find without too hard a look at actual cold, hard skills. The assumption is that the company will train them on whatever skills they lack later. But sometimes work is piled high and “later” never comes. Or the employee turns out not to have the aptitude for such detailed and strategic work, despite a formal education and some prior experience.

Hiring people by their skills rather than their titles or degrees looks to some to be a better solution.

According to a McKinsey & Company report, “assessing candidates based on skills, rather than their last job title, can help fill critical roles with the best talent.”

But shifting to skills-based models bring other advantages to employers, too. Most notably via improving the employee experience, shareholder returns, and community value.

“A majority (79%) of business executives agree that the purpose of the organization should be to create value for workers as human beings, as well as for shareholders and society at large, and 66% are facing increased pressure to show their commitment to doing so, moving from rhetoric to results,” says Griffiths.

Allowing workers to stretch on the job, meaning to fill different roles on a variety of work projects, beats the heck out of tedium associated with work and enables a faster path to explore new skills and multiple paths to higher pay and promotions. Employers can also take a more active role in developing raw talent into the workforce they need.

“In an ever-evolving world of work in which the half-life of hard skills is shorter than ever, increasingly more important will be hiring based on adjacent skills, or foundational human capabilities such as learnability. Workers then have the ability to build on the foundation of other capabilities to continually develop the hard skills they need,” says Griffiths.

Other industry analysts put a finer point on the ecosystem payoffs.

“We’re going to need jobs that are skill-based, don’t necessarily require college degrees, and are co-located in communities where they could use the jobs,” said McKinsey partner, Eric Chewning, on the impact of US manufacturing on inclusion and sustainability in an episode of McKinsey’s Future of America podcast.

All told, employers can develop an “Anything Workforce,” as workforce agility and talent marketplace platform Gloat calls it, wherein cross-functional teams can be built overnight or in a matter of hours to complete any given work project. Done correctly, this converts the one remaining obstacle to a company being truly agile, a stuck-in-place workforce, into the ultimate agility organization capable of near limitless innovation and productivity levels.

The Thorns in the Rose Garden

Skills-based workforces are not a panacea. A company’s leadership must still steer the company forward to bigger profits and stable, sustainable returns. But it’s easier to do when the business is manned properly.

Skills-based models carry a lot of promise in that regard. But that doesn’t mean there aren’t any challenges ahead.

“It’s an entire mindset shift; our research reveals that by far the biggest barrier to taking a skills-based approach is legacy mindsets and practices. Only 28% of organizations are using skills-based hiring to a significant extent, but 62% are experimenting,” says Griffiths.

Recruiters, established workers, and universities are likely to push back hard as skills-based hiring causes college degrees to plummet in value while the associated student loans remain high or suffer escalating interest rates. Next to mortgages, student loans are arguably the highest investments the average American family makes. It’s hard to watch the value drop when the payments still come due.

Traditions also die hard. The C-suite is usually populated by persons who are proud to have graduated from the “right” universities. Only to see those same university degrees fall in value as other colleges and university degrees do. Along with such degrees comes a feeling of elite belonging and a camaraderie with a “special” group. Skills-based organizations will likely find their own leadership and numerous managers and older workers balking at the loss of school identities that still linger decades later.

Beyond stuck mindsets, hurt feelings, and lost school identities, the practical tasks are a major challenge. Identifying and matching skills, let alone adjacent skills and hidden talents, to specific work is “far more granular and inherently more complex than matching someone’s degree or prior job experience to a job,” according to Deloitte.

“Workers are no longer viewed as “job or degree holders”; they are seen as unique individuals with a portfolio of skills, adjacent skills, and human capabilities — and with varying motivations, work preferences, and more. And increasingly, work is also no longer solely defined in terms of “jobs,” says Griffiths.

“Work can now be organized in other ways too – fractionalizing work by deconstructing it into tasks or projects performed by permanent employees or freelancers, for example, or broadening it so that it is organized around problems to be solved or outcomes to be achieved,” he adds.

Ultimately the challenge is what it has always been: Adapt to change or die. Given change is the only constant, adaptation is the only answer for companies. Yet another dramatic shift in the workforce is just one more step in the steady march of business.

7 IT Infrastructure Skills in High Demand