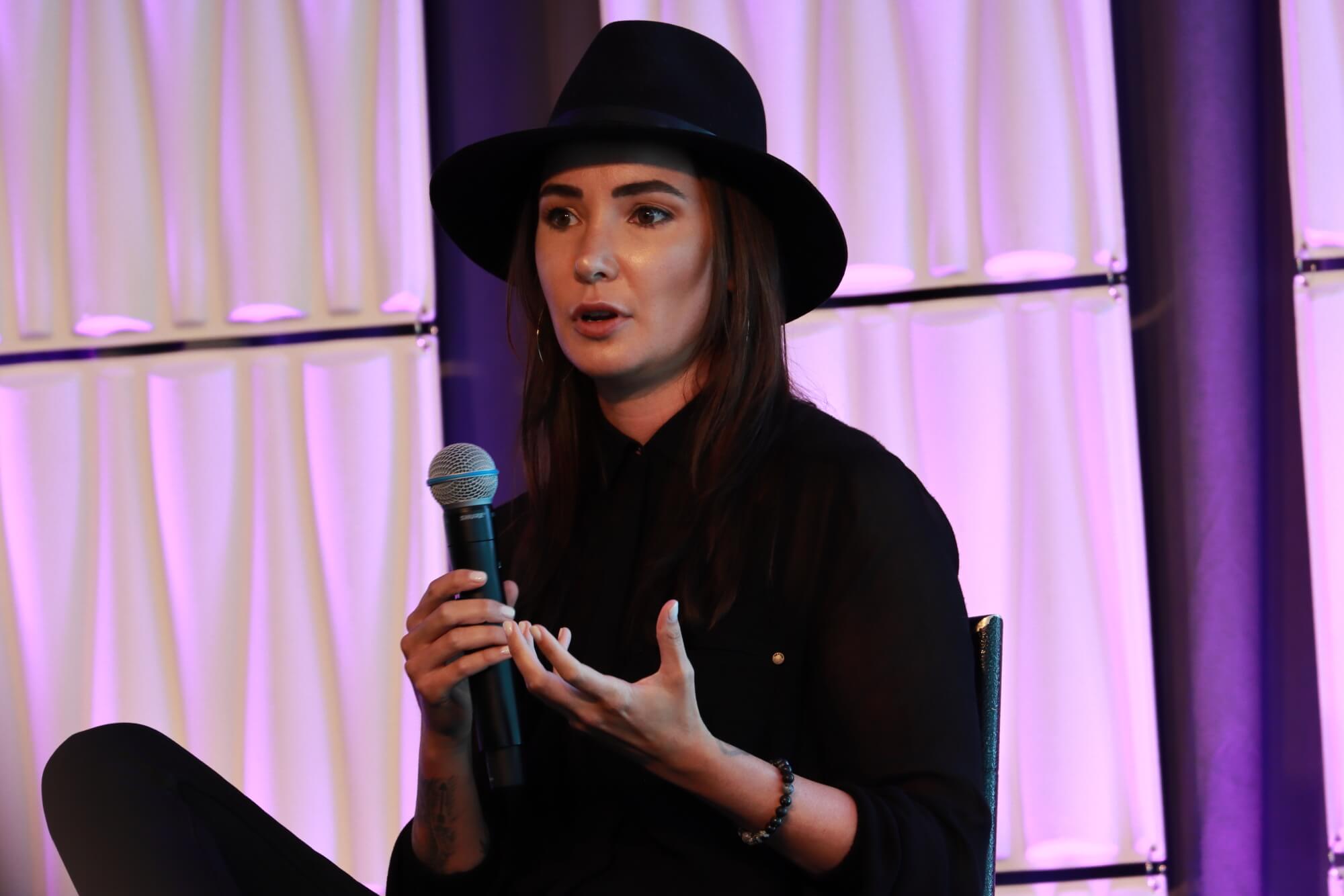 At last month’s Women in IT Summit
in New York, Samantha Radocchi, a futurist and serial entrepreneur who writes the Radical Next Ideas blog, spoke about the future of tech and its potential social impact. She spoke about possibilities that can open up by exploring change and paradigm shifts, which can take a bit of coaxing. “Forty percent of our actions are dictated by habit,” Radocchi said.

In a fireside chat with Chris Kenna, CEO for North America at Brand Advance Group, she discussed empowering designers, putting society and environment at the forefront of technology development, and diverse ways talent can find their way to the industry. Radocchi, who also goes by Sam Rad, was a 2017 Forbes 30 Under 30 for Enterprise Technology and a co-founder of blockchain startup Chronicled.

Recalling ideas from the early days of the digital era, she spoke about spending six months of her time some 10 to 15 years ago in Second Life, the online virtual world that predates the metaverse by almost 20 years. Her time on Second Life included creating and running a virtual t-shirt shop. “I became really fascinated with these other worlds but more broadly with the way that people were starting to live in a technologically mediated way,” Radocchi said.

That was also around the time of Facebook’s rise along with other social networks, she said. As a founder and co-founder, Radocchi said she was early in the bitcoin and crypto space, including authoring the book “Bitcoin Pizza.”

She said that over her career she started to gradually understand the impact of technology on people and wanted to learn more by building companies around that notion. “What I learned unfortunately is that the business models of most companies — the way that we build companies today — was a bit at odds with some of the ideas that I was learning in tandem about the shifting new ways of collective value creation,” Radocchi said, such as ways to involve the community rather than just a few investors or shareholders, which could make the landscape more inclusive.

Being part of the early infrastructure building of new networks such as blockchains, she said she was drawn to the idea of building in a different way, whether that was a company or small, local government. “A lot of these experiments where we do something differently, this might even mean a whole industry won’t exist or a whole company won’t exist,” Radocchi said. “That’s really scary; that’s a crazy thought but if you don’t try to do something different, you’re just going to keep rebuilding things that we have in the same ways we have in the past.”

Talking about ways to further inclusivity and diversity in companies, Radocchi highlighted the importance of making communication and language part of the discussion. “We call people ‘users.’ Why do we do that? Why don’t we give them better names? Why don’t we start thinking about the language that we use in tech or user stories or make it more inclusive?” she asked, wanting to see the industry evolve to be more human-centric.

“It doesn’t have to be a gender thing — it’s a humanity thing. I really don’t like the word ‘user.’ Even the smallest things, how you hold that space or use language effectively, can make a difference,” Radocchi said.

Is a covid and flu “twindemic” on the horizon?